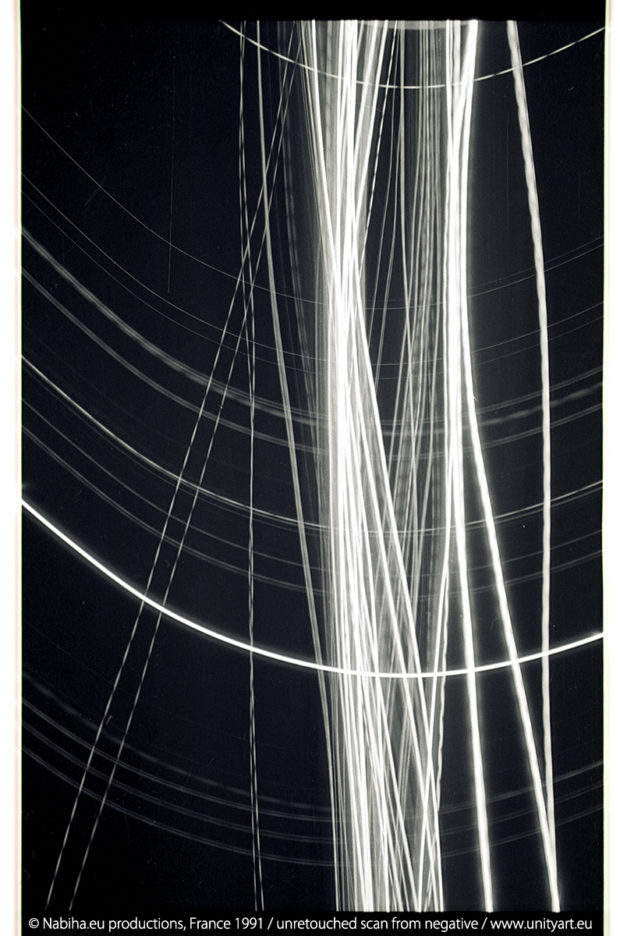 The origin of our MetaTecturals® are the classic double exposures from analogue photography with 35 mm negative film.

I began experimenting with double exposures around 1989 with my first analoge camera (Nikon F 301) after I began to become a passionate photographer at the age of 13.
I remember special excursions to scrap yards where I specifically experimented with this technique – being very interested in the structures and patterns of rotten metal.
At that time one would stop transporting the negative to the next frame and expose the same frame a second time. Technically it was only possible to make double-exposures – unless there was a real problem with the camera and it was broken somehow, which could result in unique „false“ effects.

When I met Thom at the age of 21, I shared my knowledge with him and taught him everything I knew about photography during all our collaborations which immediately began in 1997. He also already had his own camera when we met, so experimenting together was even more fun and resulted in our longterm project UNITY which became the initiating project for us to become full time artists in 2006 by presenting 300 images in a soloshow at Gruner + Jahr Gallery 11 in Hamburg / Germany.

Around 2014/2015 we bought the 4th generation of a digital DSLR camera (Canon) that finally offered multi-exposure technique. I was so happy and eager to revive my former passion of experimenting again directly inside the camera without the need of the computer. To me, it feels so much more photographic than composing on the computer.
Being a perfectionist, Thom quickly learned the process, too. The first prominent result was our project Doors of Perception (2015).

What I especially like about multi-exposures (usually up tp 9-fold) created inside the camera is that the style of the camera algorithm that combines those single image in one multi-exposure „frame“ looks more like analogue photography (to me) and aesthetically differs a bit from what is possible in Photoshop when merging layers.
I think most people would not see the difference but one has a feeling for this if one grew up with analogue photography. We especially like the aesthetic of multi-exposures because they have a stronger feeling of being painted with light.

We created the word MetaTecturals® as a combination of metamorphosis and architecture, to imply that, these images have been composed inside the camera and that the theme is related to man-made structures (architecture), like in the series Abhaneri Chand Baori, for example.

Layering images in Photoshop, like our Metamorphoses, for example, is a very different technical process – but it is equally challenging. We would never use, steal or copy someone else’s photograph / painting / artwork, put a nice colorful filter on top of it and pretend this is art.
We generally only use our own photographs. In Photoshop one can layer endlessly. Hamadryades, for example, consists of about 120 single layers which are then merged into one for the final result (in this case: about 120 faces hidden in the roots).

Creating image montages in Photoshop means creating masks, paths, cutting, retouching, merging, sampling and even painting with the digital tools.
We always strive for a „natural“ look – that can be very colourful – but is created technically precise so that the illusion of an „elephant coming from the sky“ (Maha Ganesha) is convincing.

Our aesthetical aim in our Photoshop works is always that our images do not look too „photoshopy“. It is easy to get caught in simple filters and effects – one can be easily impressed. Another “beginners mistake“ is to turn the colours too crazy – simply because it is possible.

The base for our Photoshop works is always our own photography. We also strive for an aesthetic that is close to the original photograph we use for montages, because we believe that artworks last longer on the wall if all components are merged in balance and harmony.